So-called “critical” minerals policy is simply the mining lobby’s latest gambit in a decades-long attempt to eviscerate community and environmental oversight of their industry—the nation’s largest toxic polluter. The Trump administration emboldened mining lobby efforts and launched an aggressive campaign for administrative and legislative upheaval: gutting public input in mining decisions; tossing out protections for clean air and clean water; and attempting to give away millions of acres of public lands.

Some of the treasured places at risk include sacred sites in the Bears Ears National Monument, Grand Canyon, and the Santa Rita Mountains. We need to strengthen our outdated mining laws, not weaken already flimsy community and taxpayer protections.

The rapid transition to a clean energy economy delivers market power to mineral consumers to demand cleaner and more responsible sourcing, including recycling, reuse, substitution, and even reclamation.  Greening our energy systems can clean up mines at the same time, as long as we build in the right policy incentives. In the United States, this means reforming our 1872 Mining Law to drive reclamation and more sustainable mineral recovery. Public and private sector investment all over the world has spurred innovations in recycling and reuse of lithium and other metals. This increase in market power and demand continues to drive innovations in responsibly sourced minerals and improvements in efficiency. The multi-sector Initiative for Responsible Mining Assurance (IRMA) standard has helped generate value for mining companies and investors by setting the bar for more responsible environmental and social practices at existing mines.

Lawmakers in the U.S. Senate and House of Representatives have introduced industry-backed bills to eviscerate community and environmental oversight over the nation’s top toxic polluter under the guise of national security, citing the need to secure minerals for clean energy. The bills would allow nearly every metal mine to evade National Environmental Policy Act (NEPA) review, short-circuit the permitting and public input processes, and close the courthouse door to justice-seeking impacted communities.

The United States is the world’s most attractive destination for mining investment, according to  Fraser Institute’s 2020 Annual Survey of Mining Companies.  Often, the USA has three or four states among the “Top 10 Most Attractive Jurisdictions”. There are two primary reasons for this:

The average time federal land managers spend permitting a mine is two years, according to the Government Accountability Office: generally the same as in Australia, Canada, Chile, Norway and other modern democracies with robust mining industries.  According to GAO, delays in mine permitting are primarily due to the failure of mining companies to provide sufficient and timely information. More about our work 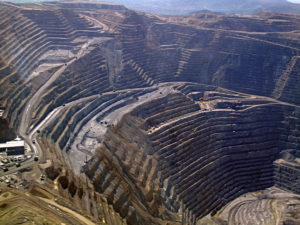 Just Minerals for a Just Transition

What’s Missing from the New IEA Report on Mining and the Renewable Energy Transition?